As the tourism is growing very fast in Albania, the government is taking new measures in improving the infrastructure by constructing new airports and yacht ports. The Minister of Economic Development, Trade, Tourism and Entrepreneurship said in a press declaration that “one of the latest initiatives is the establishment of 6 yacht ports in order to develop the elite tourism in Albania and also to improve the infrastructure of the coastline.”
The Ministry of Economy is currently under discussion with the Tirana International Airport authorities for removing its exclusivity, which will allow the construction of new airports. The government has prepared a draft plan for constructing an airport in the northern city of Kukes and two airports in the south, in Vlora and Saranda coastal cities.
The new airports will improve the infrastructure in touristic cities and will transform the seasonal tourism in Albania into an annual, qualitative and elite tourism.
Most of the foreign tourists that visit Albania throughout the year are from the region countries but also from Poland, Slovenia, Czech Republic and many tourists from Nordic countries.  Lonely Planet ranked Albania the fourth in the list of 50 most attractive and interesting places to spend vacations during this summer season.
News source: ATA
- See more at: http://invest-in-albania.org/albania-to-improve-infrastructure-in-touristic-cities-by-building-airports-and-yacht-ports/#sthash.4zE4EdGg.dpuf
Pubblicato da Hoteleri Turizem "Albania" a 11:23 PM No comments: restaurants in touristic points, the bio Albanian food served in restaurants, ect. Another point discussed was the development of the agro tourism and the rural tourism as very important for increasing the economy in rural areas of the country.
The conference aimed to highlight the numerous opportunities that tourism sector offers for local and foreign tourists as rafting, hiking and trekking in the northern touristic villages and national parks, the winter tourism and the stunning beaches of the Albanian Riviera.
The conference was organized with the support of the Biznes Albania association, the National Agency of Tourism and the Council of Albanian Agro Tourism.
News source/photo credits: ATA
- See more at: http://invest-in-albania.org/travel-operators-union-holds-conference-on-seasonal-management-of-tourism-in-albania/#sthash.1Gt5BrdC.dpuf
Pubblicato da Hoteleri Turizem "Albania" a 11:18 PM No comments:

Inside a mystery Sazan Island, Albania

Inside a ‘mystery island’ An deserted army authority building assembled by a Italians in 1929 on Sazan Island.
Source: AP

ALBANIA skeleton to entrance what it hopes will spin a new selfie mark for tourists: Sazan Island, a former infantry bottom that still has bunkers and tunnels designed to withstand chief attack. The island’s many trenches and tunnels uncover how many income a once cash-strapped comrade supervision spent fearing a Western invasion. But now they’re anticipating Westerners will come, both to see Sazan and a country’s other attractions — unspoilt beaches, high plateau and story going behind to ancient Greece. Tourism is now usually 4.8 per cent of Albania’s GDP, and many stream tourists are possibly Albanian immigrants visiting from Greece and Italy, or racial Albanians from beside Kosovo, Macedonia or Montenegro.
In further to a infantry history, Sazan is also home to singular birds and reptiles, with temperatures a pleasing 50 to 77 degrees F (10 to 25 C) year-round. Half a island’s seaside is permitted usually from a water, due to high rocks on land, though officials consider it will be an appealing place for activities like birdwatching and diving. Damery says Sazan’s “biodiversity, landscape and heritage” are surprising for a Mediterranean. Walking ascending on a mile-long pathway by hunger trees and singing birds, many of a 3,600 one-man bunkers can still be seen dotting a hills, mostly in a shade of furious fig trees. It’s not easy removing inside a bunkers though: They’re still rhythmical — by lizards and a occasional snake.
Inland, a spooky, busted buildings still enclose aged beds, kitchen utensils, propagandize benches and chairs. More than 3000 infantry lived here during a time, with adequate food, ammunition and fuel to means them for 6 months.
Sazan “was Albania’s aeroplane conduit into a sea, a pier of counterclaim for (the circuitously city of) Vlora and a Karaburun peninsula, a pivotal to determining a Otranto Strait,” says Ibrahim Gaxholi, 73, commander for a bottom from 1975 to 1992. Due to miss of maintenance, roofs have collapsed on a tailor’s building and tiny battery factory. But many of a drop occurred in a final 25 years, given Albania became democratic. The now-empty ammunition and fuel depots were looted in 1997, when misunderstanding followed a fall of pyramid investment schemes that bankrupted Europe’s lowest population. More recently a cinema and former authority building were broken as targets for corner infantry exercises with British troops. The Italian army was stationed here in a 1930s; Italian building tiles can still be seen in some places. Another engaging mark is a tiny apart villa, with aged apparatus that served to guard movements of U.S. and Italian ships, generally during a 1950s and 1960s when Albania was tighten to a then-Soviet Union. And dark among a hunger trees on a mountain is a villa of a comrade counterclaim minister, Beqir Balluku, who was executed by late comrade tyrant Enver Hoxha as a traitor.
The island needs energy and celebration H2O commissioned before tourists can be brought to visit, though Tare has lots of ideas for Sazan’s future. Antinuclear tunnels would be cold for visitors on prohibited summer days, and could maybe even repurposed as booze cellars, Tare says. Maybe an general propagandize or investigate centre for underwater and coastal birthright could be combined here. One thought that’s been rejected: offers from Las Vegas investors to spin a island into a casino.
“This summer we will entice Western ambassadors for a revisit and more, for sure, are to come,” pronounced Tare. Tourists will be welcome.
Source: AP

IF YOU GO
Located on a Strait of Otranto joining a Adriatic and Ionian seas, a half-hour by speedboat from Vlora city, 140 kilometres south west of a collateral Tirana. Daily vessel convey from Vlora designed to start in June.
Short URL: http://audaily.net/?p=689
Pubblicato da Hoteleri Turizem "Albania" a 9:15 PM No comments: 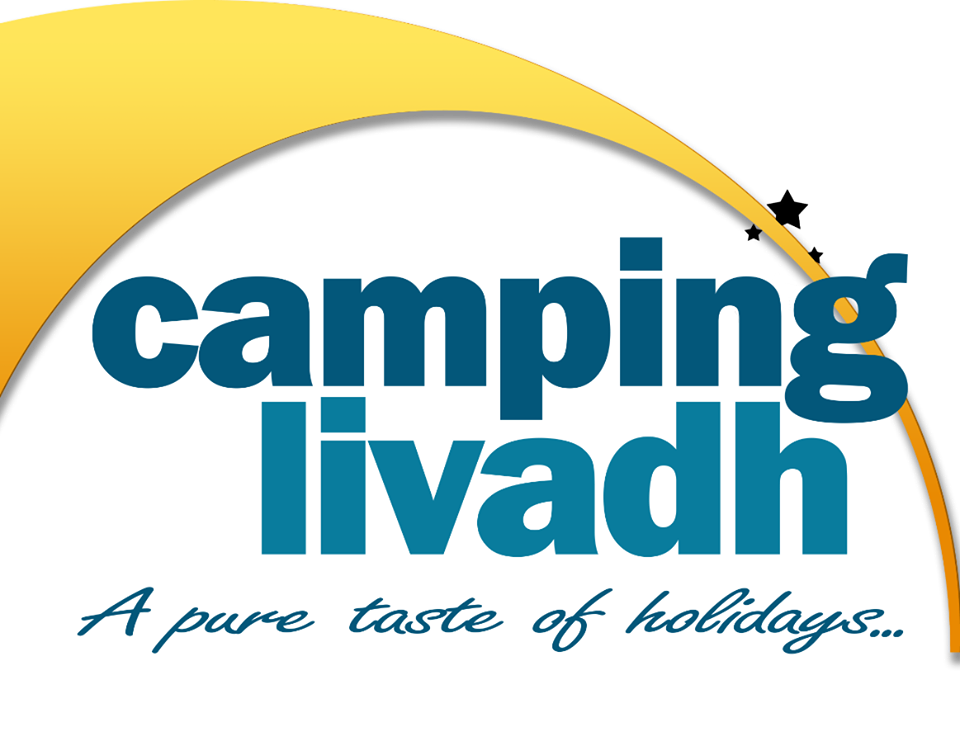 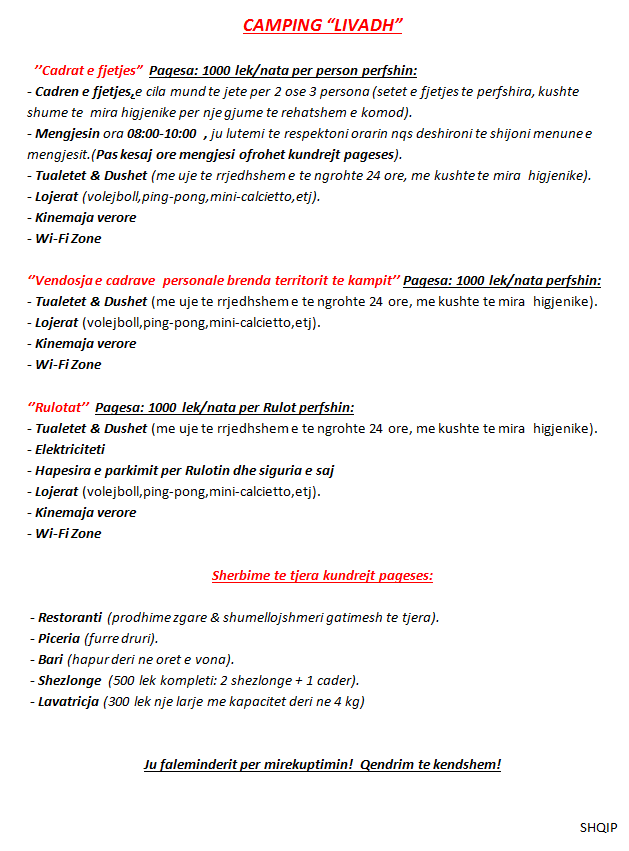 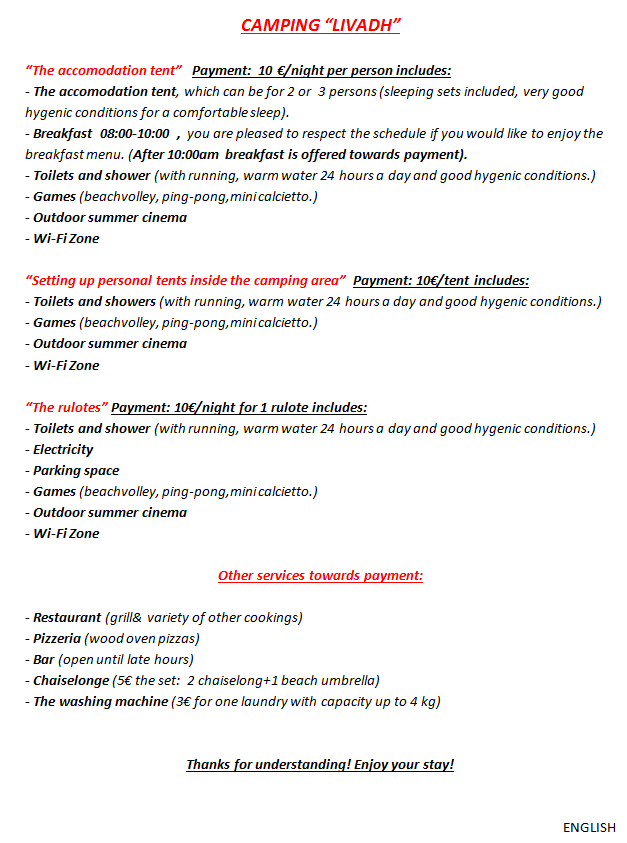 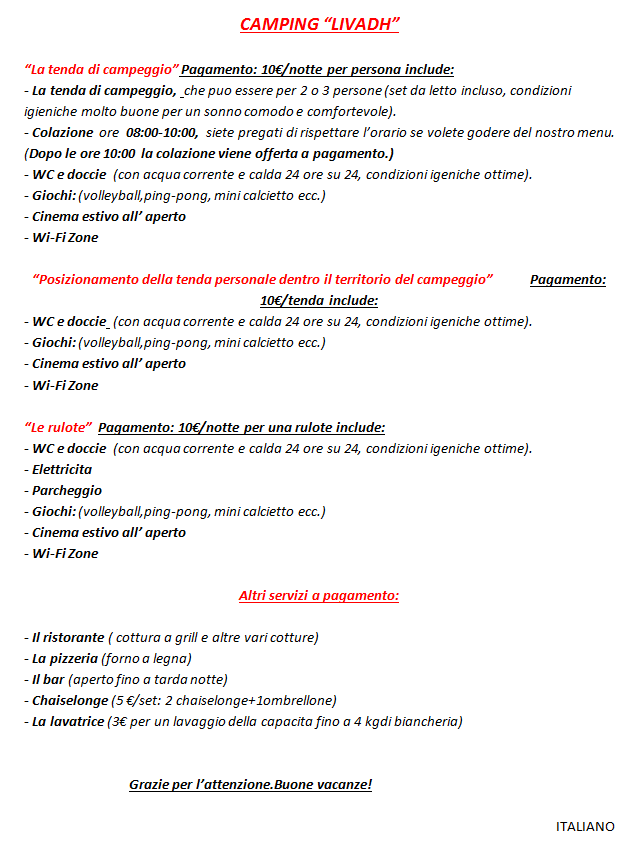 On May 6th, the Minister of Economic Development, Trade, Entrepreneurship and Tourism, Arben Ahmetaj presented a new draft law on tourism, which aims to increase the number of tourists and investments in this sector.
The law aims to standardize, rate and classify the accommodatingHOTELS AND

travel agencies with the assistance of a foreign company. Regarding the foreign investments in this sector, Ahmetaj said that potential foreign investors can come with completed investment packages as resorts and yachts’ ports in a single package, which will ease and reduce, according to him, the bureaucratic procedures.

“The purpose of this law is the promotion of Albania as a touristic destination for local and foreign visitors and to support the sustainable development of tourism in a healthy and safe environment. We aim the decrease of the informality and the increase of services’ quality. The law sets the basis ofHOTELS AND

restaurants rating based on their performance,” declared Ahmetaj. The Minister also announced the presentation of a legal package for tourism which will propose the decrease of VAT to 10% and the exception from the social insurances for all the employers of businesses in touristic places above the average rate for the empty periods.  This will increase the competitiveness in the tourism sector, declared Ahmetaj.
The draft law also aims to create an appropriate legal framework for considering the tourism sector as the main economic sector in the country which contributes in decreasing the unemployment and poverty and offers many opportunities for doing business.
News source/photo credits: ATA http://invest-in-albania.org/minister-of-economy-presents-new-draft-law-for-tourism/
Pubblicato da Hoteleri Turizem "Albania" a 9:10 PM No comments: