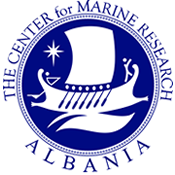 The southern Albanian coastline features diverse and valuable marine habitats threatened by rapidly increasing coastal development and tourism. Very little ecological data exists for this fragile and extensive marine ecosystem. This research aims to remedy and bridge this knowledge gap by collecting baseline data, creating habitat maps, and conducting hypothesis-driven research on temperate coral and rocky reefs, soft sediment communities, natural hard bottom, artificial submerged structures, and some of the last healthy seagrass beds that exist in Ksamil Bay. Results from this research will foster conservation and sustainable tourism in Ksamil Bay and will promote further protection efforts throughout Albania.
Albania has experienced rapid economic growth and coastal tourism since the downfall of their communist government two decades ago. Coastal development has resulted in marine resource exploitation threatening Albania's diverse marine ecosystems, including temperate coral and rocky reefs, soft sediment communities, and some of the last healthy seagrass habitats in the Mediterranean Sea. Despite pressure from development and artisanal fishing, marine ecosystems were unprotected until 2010, when Albania's first Marine Protected Area (MPA) was established for waters surrounding Sazani Island on the Karaburuni Peninsula. While establishing the first MPA was a milestone for Albanian marine conservation, additional initiatives are necessary.
Ksamil Bay, located in southern Albania, is an excellent environment to investigate marine ecosystem change because it harbors a high diversity of habitat types. Ksamil Bay features healthy Posidonia oceanica seagrass beds, extensive soft sediment habitats, and both natural hard bottom and artificial submerged structures. Artificial structures include five decommissioned Albanian Navy vessels purposely sunk in 2010 as the country's seminal artificial reef project, presenting an opportunity to understand complex patterns surrounding the introduction of foreign material. Despite the presence of diverse marine habitats in the bay, no comprehensive biological community datasets or habitat maps have been created. This valuable marine system will inevitably face increased anthropogenic disturbance from tourism and development because Ksamil Bay has been heralded as the 'Albanian Riviera' and recently ranked in the top destinations in the world. As such, it is imperative that habitat maps are created and baseline data are gathered for Ksamil Bay.
The objective of this study is to further marine conservation efforts in Ksamil Bay using methodologies that will be applicable to other marine systems in Albania. Previous research efforts by the Albanian Center for Marine Research in Ksamil Bay have included the installation of long-term temperature loggers, a pilot study using settlement tiles deployed for one year to determine larval availability, and qualitative photos of the artificial reef structures.
First, this study will generate high-resolution ArcGIS bathymetry and habitat maps of Ksamil Bay indicating the locations, extent, and vertical relief of natural hard bottom, artificial hard bottom, seagrass meadows, and soft sediments as well as the distribution of biological communities found in these habitats. Habitat maps will be created using newly collected and existing side-scan and multibeam sonar bathymetry data collected by RPM Nautical Foundation as well as scuba diver visual estimates and assessment. Second, baseline data on fish, invertebrate, and algal communities in Ksamil Bay will be collected using innovative in situ quantitative scuba diver surveys. Third, hypothesis-driven research will be conducted to test whether artificial and natural hard bottom habitats differ in community structure of associated fishes in response to different invertebrate prey communities and biogenic habitat structure. Research will also test the hypothesis that deployment of artificial reefs alters the community structure of existing natural habitat through physical disturbance and the introduction of novel substrate for aggregation and production. Data for hypothesis-driven research will be collected during baseline surveys on replicated pairs of natural and artificial hard bottom and undisturbed and disturbed natural habitat, respectively. Multivariate data will be analyzed using PRIMER-E and R software packages. Results will be available to interested Albanian government entities and published in peer-reviewed literature to inform future conservation and artificial reef deployment.
The principal investigators for this study are Avery Paxton and Derek Smith. Ms. Avery Paxton is a doctoral student at the University of North Carolina at Chapel Hill and is a Research Associate with the Albanian Center for Marine Research. She is conducting her dissertation on the marine ecology and conservation of hard substrates. Avery has four years of experience teaching diving and leading dive tours on shipwrecks in North Carolina and has studied Albanian coastal ecology since 2012. She is also a Lead Scientific Diver in the Center's diving program. Mr. Derek Smith is a doctoral candidate at the University of Washington in the Biology department and is a Director-At-Large and Coastal Ecologist for the Center. He has been studying marine ecosystems in Albania since 2008 and has initiated and conducted the country's first underwater archaeology and coastal ecology field school and scientific diving course during the 2012 summer field season. He is currently working on a natural history and field identification guide for the southern Albanian coast and has contributed to numerous media publications on ocean conservation and management in the region. His Masters thesis at the University of Hawaii investigated the impacts of historical shipwrecks on coral reefs in the Northwestern Hawaiian Islands Marine National Monument. http://www.albaniamarinecenter.org/pages/waittroc.html
Pubblicato da Hoteleri Turizem "Albania" a 1:53 PM