To Know the Himara Castle

You are welcome in Himara. You are welcome here where endless olive green colour join in harmony with the colour blue transparent sea Jon and blue sky. 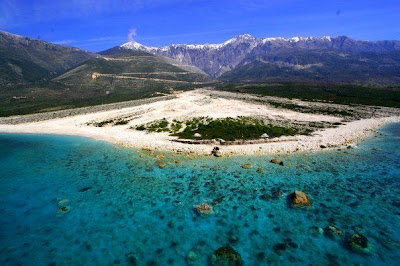 Description here where hospitality and pride is known for its local residents three thousand years ago, as they have written many old historian as Homer, Pliny, Strabo, Thuqidhidhi etc..
Place you have visited many foreign scholars from curiosity was sparked as Byron, Likun, Celebi, etc.. Is no urban study rural municipalities. Placing old houses is based on folk heritage.
VISIT
tori with arrive Himara not feel alienated from locals but would be expected if they were known previously. Will create the opportunity, along with shops where you will enjoy local culinary culture combined with European cooking, taste and sea beaches and strong sun to the west, feature these nature where only Himara can point them offer. Create versification the opportunity to visit the picturesque villages, the expression of popular architectural heritage coast, where during the year can participate in many traditional festivals organized by the local population.
Versification also created the opportunity to visit the Byzantine-era churches and ancient monasteries. Guest! We believe that you are going to get satisfied from Himara holidays to all of the offer and we said above. We welcome you and across the coast-wide holiday ........
www.himara.gov.al

Himara Castle defined by two canyons, he Vishes (natural monument) in the northwest and we jugelindje canyon or Kole Midharit brook. Castle is known named Barbaka (name medieval castles of this type) and is built on a rocky hill. In the north there are mountains
Akrokeraune (lightning), to the east following the vargemaleve lightning stands town Pilur and dense forest of oaks, we jugelindje Coast Spileja that today is the administrative center of the Municipality of Himara and south Livadh beach and the Ionian Sea where distinguished northern The island Kurfuzit and islands Diapontike, Erikusa, Othoni, Mathraqi. To the west lies Skutarase hills that separated from the castle of Himara grand canyon Vishes. Himara Castle there, at least since the mid-fourth century BC, and controlled way through the sea of ​​Oriku to Buthroto.

Chimera name stated (Himare toponyms related by some researchers with Kimeran, a mythological creature with lion body goat head and the lion and the tail of the serpent) and included in tribe Epirote Haoneve. Himara is mentioned in some ancient writings. Chimera name as toponym mentioned by Homer, at least since the thirteenth century BC. An inscription III-II century BC found in Argos Peloponnese, mention himariotin Thoraks, which hosted its home messenger of that city, who invited representatives of other cities to take part in the feast QUOTIENT temple. In the first century BC Himara mentioned by the Greek geographer Strabo, who has left us a detailed description of the Adriatic and Ionian. "Mountains Akrokeraune, says it is the strength of Himara and royal water source".

Emperor Justinian will renew Himara castle mentioned by Pliny Roman times: "Ιη Ερiri oracastellum in Acroceraunis Chimera". The list of fortified sites which provides English researcher Epirus N. Hammond, Himara castle marked as castle perimeter walls between 500 - 1000 m in length. VIII century BC Himara castle becomes the center of the Bishopric of Himara which proves that it has been an important center of the Ionian Coast. For this reason, the name Himara was baptized all the land that included the Ionian Coast, Kurveleshin, Vlora and Tepelena River. Citadel of Himara preserved until today trace from all time periods mentioned above. Ensemble arkitektonok Himara Castle is shpalur cultural monument. In some parts of it are preserved walls surrounding the Hellenistic period.

Polygonal large stone blocks are similar to rethuese walls Buthrotum and other cities Kaonise of the same period. Episkopise church is considered the most important monuments and located within the Hellenistic walls. According to one version is built on the foundations of a temple dedicated to Apollo. It consists of the main house and the other half a discovered resting and two bishops.

The main entrance of the church is decorated with two two-headed eagle with imperial crown. Archangel Michael, or Mihaili is one of the oldest churches in the wall located in the north of the castle. The church was built in the period 1205 1215 in honor of the first prince and founder of the Despotate of Epirus Mikhail Komnenit. Kassopitres church (St. Mary) in the eastern part of the castle and outside walls is 18 century.

Miraculous icon of the Virgin was considered have brought Himara Kassopi of Corfu where a church functioning of the same name. Koleka country and at the entrance to the castle was built Church Gjithshenjtoreve (He Pantes). It worked for the first time in 1775 and built with the blessing of Pater Kosmait of Aitolia (missionary Patriarchy of Constantinople to prevent the spread of Islam).

In 1970 announced moument culture and protected by the state. After years 90te under the auspices of Archbishop Anastasios fully restored and serves as a church Mitropolike Himara area. Next to the church He Pantes Himara located belfry built in 1878. We architectural complex of the castle of Himara other important objects are. Anastas House Papas: On top of the castle overlooking the palzhi Mead is Anastas residences Papas.

Kristo House Dhimes: Home was three storeys but subsequent tenants not been able to maintain have broken a floor. Spiro house Milios: A residence with spectacular scenery and rich decoration. Houses of particular importance as written here is part of the modern history of Himara. Lilo Lazarus House: The house is advertised monunument home culture characteristic Himara.

St. Demetrios Square: Square with view Spilene, where the small church of St. Demetrios, which no longer exists. Saint Theodore: Sub Demetrius is the church of St. Theodore. Had been abandoned for many years and has not himarjot of today's remember that never worked. Saint Cosmas: Church built on the place where the lecture Saint Kosmai Aitolia Kambi was crushed by the dictatorial regime. The church was built after 1990, a few meters away from the old
.